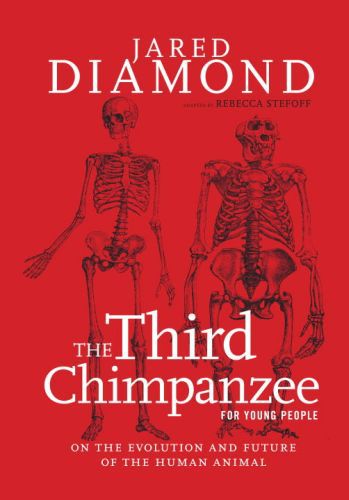 The Third Chimpanzee for Young People

At some point during the last 100,000 years, humans began exhibiting traits and behavior that distinguished us from other animals, eventually creating language, art, religion, bicycles, spacecraft, and nuclear weapons--all within a heartbeat of evolutionary time. Now, faced with the threat of nuclear weapons and the effects of climate change, it seems our innate tendencies for violence and invention have led us to a crucial fork in our road. Where did these traits come from? Are they part of our species immutable destiny? Or is there hope for our species’ future if we change?
With fascinating facts and his unparalleled readability, Diamond intended his book to improve the world that today’s young people will inherit. Triangle Square’s The Third Chimpanzee for Young People is a book for future generation and the future they’ll help build.
From the Hardcover edition.